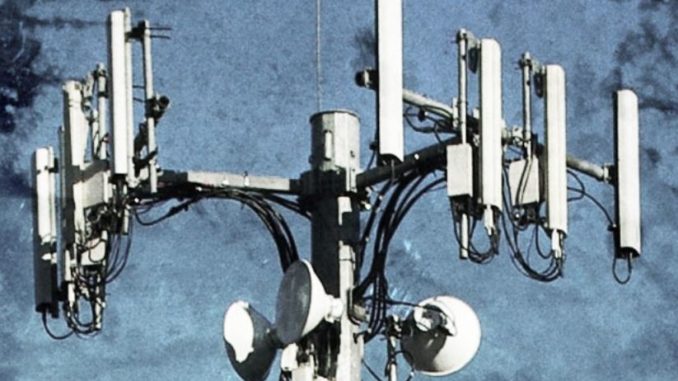 The roll out of 5G technology is a “massive health experiment” that will have “disastrous consequences” for the human race, according to the first major university study into the controversial wireless service — and a coalition of 200 leading scientists and doctors are calling for an urgent stop to the roll out.

5G is being rolled out fast right now, without the FCC waiting for governmental standards, with Verizon testing it out in 11 US cities and ATT also conducting experiments.

For those who don’t know, 5G is the latest wireless system that telecommunications companies are trying to implement to service wireless communication. It’s designed to allow faster downloads of more data. It uses the 28, 37 and 39 GHz bands, also known as millimetre wave (mmW) spectrum. 5G, which comes from the term 5th generation, is designed to work in conjunction with what former CIA head David Petraeus called the Internet of Things or IoT.

The agenda is to hook every single material thing on the earth, as well as humans themselves, onto a vast planet-wide web where everything and everyone become nodes on the network – connected by microchips which are nano-size and can be inhaled (like smart dust).

Many people are encouraging the advancement of 5G by their desire at all costs for convenience and speed (give me my multiple gigabit downloads now!). People are foolishly valuing this over privacy, safety and health.

5G is not merely an upgrade of wireless infrastructure; it is a giant leap towards the erection and installation of a total technological control grid. The agenda is to cover the entire Earth – including rural areas – with the 5G electromagnetic blanket, so that its effects can literally not be escaped by anyone living on this planet.

If I haven’t got your attention yet, please take a look at the below video, where FCC (Federal Communications Commission) head Tom Wheeler lays out how 5G is going to happen – consequences be damned. At the 2:42 mark, the video goes through an edited version of his June 2016 speech at the National Press Club in Washington DC. From my perspective, Wheeler appears more than just intense or defiant; he borders on the psychopathic.

This guy is another former corporate lobbyist using the good old “revolving door” at the top of the business-political world. He now occupies a key governmental office to promote the agenda of his former industry (telecommunications). He is advocating the rollout of a game-changing technology (with toxic and cancerous side effects for some) that’s going to affect all life on Earth, but he doesn’t want to wait for safety standards. Later in the video, Wheeler ignores and dodges questions about the wireless radiation-cancer connection.

Here’s a summary of his points:

However, that’s only the surface level. That is nothing new. The deeper level is really about the construction of a total technological control grid whose ultimate purpose is to know what you’re thinking and feeling, and then be able to change what you’re thinking and feeling so as to control your actions. In other words, complete technological slavery.

Like many aspects the worldwide conspiracy, most people who push forward their particular aspect of the overall agenda have no idea of the deeper ramifications or where the whole thing is headed.

If you think that’s its farfetched to connect 5G and the IoT with a technological control grid, consider the latest evidence.

Some people in the mainstream may have been shocked to discover the extent of CIA spying on their lives, but that is truly the tip of the iceberg. If the technology already exists to affect, influence and (as we will learn) control the human frequency field and energetic structure, how close are we already to technological slavery?

“[The 5G frequencies] will zap [us] with wavelengths that will interact with the geometrical structure of our skin … is there a health implication?
…
[In 2008] We found that sweat ducts work like helical antennas … the sweat duct was an integral part of the mechanism for the absorption of energy, electromagnetic, between 75-100 GHz, and that if you changed the character of the sweat duct, i.e. made it work, you could actually change that absorption at some point, and if you could do that you could trace how a person is under stress.
…
Gal Shafirstein also came to the same conclusion … he actually looked at SAR rates as well. He did this because the American army had commissioned him to explain why their 94Ghz proud dispersal gun made people run away when the beam touched them … if you are unlucky enough to be standing there when it hits you, you feel like your body is on fire … he found the SAR rate was going very high within sweat duct compared to the surrounding tissue … so there’s already evidence that there could be effects on us.
…
The important thing … is the these structures (papilla) are also on the same basic dimensional level as radio waves from anything from 60 gig to 100 gig (5G).“

Microwaves affect water in a different way to more solid matter. Essentially, as Washington’s Blog notes, the Same Frequencies Used for Pain-Inflicting Crowd Control Weapons Form the Foundation of the Network that Will Tie Together More Than 50 Billion Devices As Part of the Internet of Things. Ben-Ishai finishes his talk by saying that, within a matter of 2 years, we shall all be flooded with 5G and it will be affecting our skin and sweat ducts – regardless of the health effects. He highlights that the current standards do not consider the SkinRad Effect (skin radiation effect) when assessing possible health risk issues, which is just like how the wireless industry clings to their outmoded idea of SAR (a thermal measure of wireless radiation) and ignores the damaging, non-thermal effects of wireless radiation.

The Environmental Health Trust had a lot to say about 5G:

Think about it – our natural rhythm is something close to the Schumann Resonance of the Earth, which is 7.83 Hz. We are talking about frequency bands not hundreds, not thousands, not millions, but actually billions times this frequency! 28 GHz is 28,000,000,000 (28 billion) cycles per second! Now we have electronic devices that operate in the THz band (TeraHertz, which is trillions of Hertz).

To say this is completely unnatural is the understatement of the millennium. It is completely out of balance, disharmonious and insane. It is wreaking havoc on our energy fields.

The IoT (Interent of Things)

So what is this IoT? Bruce Schneier describes it like this:

“Broadly speaking, the Internet of Things has three parts. There are the sensors that collect data about us and our environment: smart thermostats, street and highway sensors, and those ubiquitous smartphones with their motion sensors and GPS location receivers. Then there are the “smarts” that figure out what the data means and what to do about it. This includes all the computer processors on these devices and — increasingly — in the cloud, as well as the memory that stores all of this information. And finally, there are the actuators that affect our environment. The point of a smart thermostat isn’t to record the temperature; it’s to control the furnace and the air conditioner. Driverless cars collect data about the road and the environment to steer themselves safely to their destinations.

This is the classic definition of a robot. We’re building a world-size robot, and we don’t even realize it.
…
This world-size robot is actually more than the Internet of Things. It’s a combination of … mobile computing, cloud computing, always-on computing, huge databases of personal information, the Internet of Things … autonomy, and artificial intelligence … It’ll get more powerful and more capable through all the interconnections we’re building.

It’ll also get much more dangerous.”

Schneider is a computer expert so his idea of dangerous seems to be limited to software flaws and hacking vulnerabilities. However, the conspiracy goes much deeper than that.

The IoT is slated to become the technological control grid in which every single material thing, living and non-living, is attached, and in so doing loses its independence and free will. The IoT is a fake, synthetic version of the already existent network of Nature that surrounds us. However, the dark force behind this agenda cannot control that grid, so is seeking to replace it with one that is detrimental to human health and in which all the nodes on the network can be controlled.

Time to Wake Up – and Fast

This dark agenda – this Synthetic Agenda, this Transhumanist Agenda – to erect a total technological control grid is unfurling way too fast for comfort. We all have to wake up – and fast.

With every year that passes, our technological evolution keeps outpacing our spiritual evolution. This can only lead to one thing: technology will fall into the hands of people with little or no scruples who will be happy to use it to further their own ends and enslave others.

Luckily, some people are waking up to, even people in positions of power such as a group of mayors in Ohio who have filed a lawsuit to stop 5G towers being erected in their counties, cities and municipalities.

This really is a race against time. If this technological control grid is rolled out in sufficient breadth and depth of reach, and intensity, it will seriously impact our ability to resist it, because it contains the capability to suppress that very resistance. We are living the plot of a science fiction film – but it’s real life and the consequences are deadly.

Will humanity be able to recognize the truth quickly enough? Will we be able to stop the insanity and the construction of networks that enslave us?